Episode 1
Birth of a Dynasty 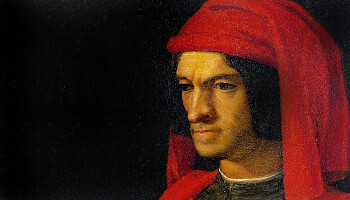 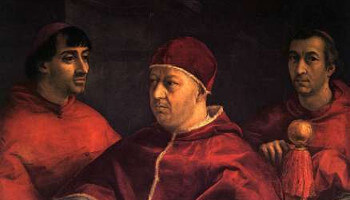 The Medici: Godfathers of the Renaissance

Medici: Godfathers of the Renaissance tells the story of a violent, dramatic and compelling age; a critical turning point in Western history.

Travel back in time to see the real human stories behind the European Renaissance, and the family that bankrolled it.

The story of the Medici is an epic docudrama that weaves the descendants of one Tuscan family with momentous cultural and political turning points. Played out in the courts, cathedrals and palaces of Renaisssance Europe, this is the cradle of modern civilization.

Episode 1: Birth of a Dynasty

Episode 1 begins in Italy, Europe, during the start of 1500 century. The continent has been torn apart by war and plague during the dark ages. In this day and age authority is mainly dominated by the Holy Catholic Church.

Episode 2 starts in Florence, Italy, in August 1466. Lorenzo de’Medici, the 17-year-old heir to the Medici dynasty, foils a murderous plot against his father and saves his family from a coup d’etat.

Lorenzo’s new wife is called Clarice Orsini, she is a baron’s daughter and cardinal’s niece. She brings the connections, class and military muscle to the Medici dynasty.

Florence, 1501: 26-year-old Michelangelo carves a giant masterpiece which will come to symbolize his struggle against a family he once adored.

Raised from a young age alongside the Medici heirs he watched as they were cast into exile with a price on their heads. Now they are searching for a path back to power.

Florence, 1537: By the 1530’ties, the Medici family had dominated Florence for a century. But now, the city was in Chaos. The Family, and Florence, needed new leadership. A prince who would redeem the Medici name and defend the renaissance itself.

Dangerous enemies were gaining strength – the enemies of new ideas. And no-one’s more radical than their friend and teacher – the greatest scientist in the world – that would declare the earth traveled around the sun. His name was Galileo Galilei.

He would come face to face with the most terrifying weapon of the age – the Roman Inquisition. At this time the Medici would be forced to choose between allegiance to the church or loyalty to the values of the renaissance.

3 comments about The Medici: Godfathers of the Renaissance