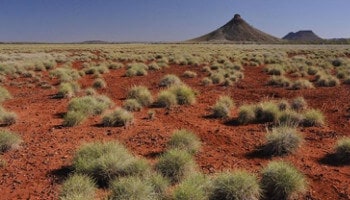 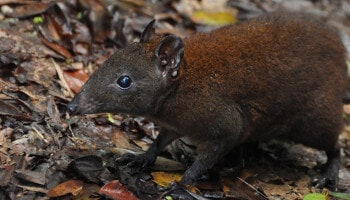 Australia’s First 4 Billion Years is a four part documentary series describing the origins and diversification of life on earth.

Although creation of Earth and life as a whole is vividly discussed, this series’ mostly focus on what these past 4 billion years has had of an impact on Australia.

“Awakening” goes back to the very beginning of Earth and Australia, where our planet was engulfed in fire and meteor showers.

Locked in the red hills of Australia are clues to our planet’s mysterious past, including the first signs of life and how it transformed Earth forever after.

The earliest form of life was bacteria which flooded the atmosphere with oxygen, sparking the biological revolution that made further evolving life possible.

Episode two takes a look at the paleontological clues found in millions of years old fossils. They show evidence as to how life came to dominate Earth, spreading to every corner of the oceans.

Half a billion years ago, Australia was still part of the super-continent Gondwana. The oceans were teeming with weird and wonderful animals, but the world above the waves remained an almost lifeless wasteland. All that was about to change, though.

Host Richard Smith introduces Earth’s forgotten pioneers: the scuttling arthropod armies that invaded the shores and the waves of green revolutionaries whose battle for the light pushed plant life across the face of a barren continent.

Episode three investigates the dawn of the Age of Dinosaurs in Australia. We’ll come face to face with previously unknown reptilian rulers of prehistoric Australia.

Using computer generated imagery, the series resurrects the giants that stalked the Great Southern Land and discovers that some of these animals were among the largest ever to have walked the Earth.

The fourth and final episode of Australia’s First 4 Billion Years shows the end of the dinosaurs and the hereafter for Australia.

65 million years ago, a gigantic astroid impact is believed to have wiped out the dinosaurs. During that time, Australia was set adrift on a lonely voyage across southern seas.

Land locked by a mighty ocean all around, the mammals here would gradually evolve into “Strange Creatures”.